NEXT:Husband Of WABC Reporter Who Died After An Aneurysm Says There Were Signs
PREVIOUS:Paul Konrad Assures Chicagoans WGN Won't Change Under Sinclair 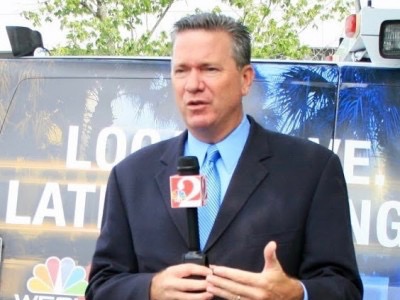 Veteran WESH reporter Bob Kealing has resigned from the station.

This July would have been his 25th anniversary at the NBC affiliate in Orlando.

“Friends, Friday will be my last day at WESH-TV. After 25 years of unforgettable stories and working with a fantastic group of people, I’d like to take a step back and refocus my career,” Kealing wrote on Facebook last Monday.

According to a report in the Orlando Sentinel, WESH news director Kirsten Wolff told the staff that Kealing “helped lead coverage on some of the region’s biggest stories — including the Casey Anthony and George Zimmerman trials and the Pulse nightclub shootings.”