NEXT:Houston Reporter Returns to San Antonio as Anchor
PREVIOUS:Georgia Sports Anchor Says She Was 'All Kinds of Violated' During Clemson Game 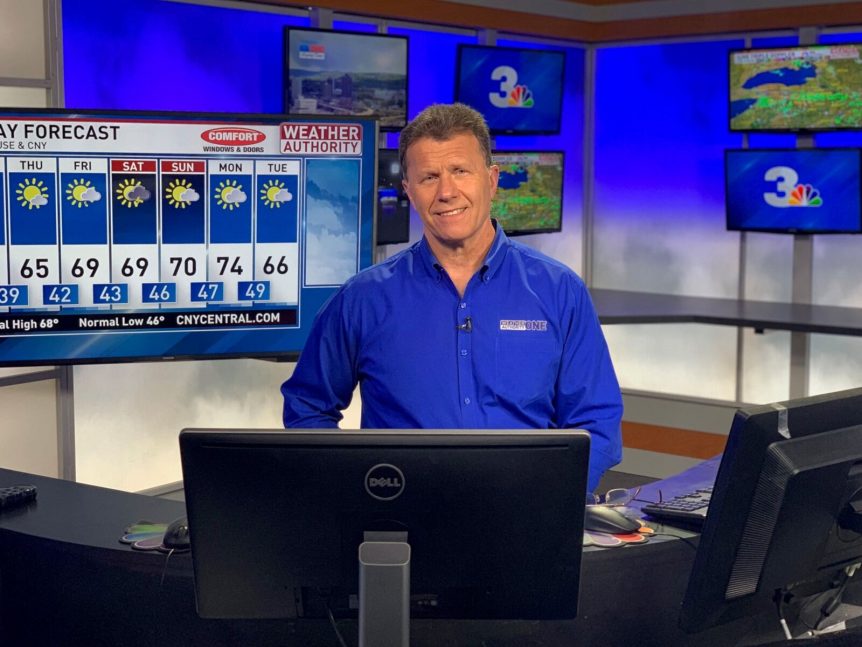 WSTM-WTVH chief meteorologist Wayne Mahar is retiring in December after more than 35 years at the Syracuse, N. Y. NBC and CBS affiliate.

Amy Collins, vice president and general manager of WSTM-WTVH, said Mahar, who has worked at the station since 1985, is the greatest example of “broadcast excellence and community service.”

“Wayne’s genuine love for the work he does, the neighbors he meets, and the commitments he makes to local charities has made Wayne as much a part of Central New York as winter snow and fall foliage,” she said.

Before working at the station, Mahar’s station bio said he founded a private weather consulting firm that “serves hundreds of clients worldwide in several industries including: radio and TV broadcasting, transportation, tourism, and the Hollywood entertainment industry.”  He also serves as an expert witness for the state Supreme Court in weather related cases.

“Wayne is one of those incredibly special people who has found a way to live every day with a smile on his face and a joy of life that is truly genuine and totally infectious,” said CNY Central news director Sean Carroll. “I’m sure I speak for all of his colleagues over many decades when I say that Wayne Mahar is one of the greatest broadcasters I’ve ever worked with, and he’s an even greater friend.”