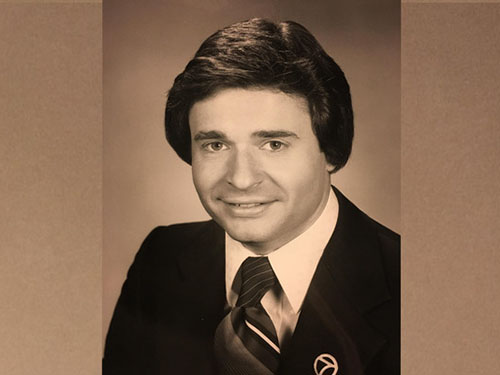 Former Detroit anchor Rich Fisher has died after a long battle with cancer.

The Detroit native joined ABC affiliate WXYZ in 1979. After working there for 12 years, he joined then CBS affiliate WJBK, which became a Fox-owned station in 1994, before leaving in 1997. After that, Mlive says “Fisher joined another longtime anchor, Amyre Makupson on UPN-50 in 2000 for a couple years before that station’s news operation went out of business.”

“Rich had the ability to cut to the chase, to get the point of the heart of the matter in delivering the news, especially in interviewing. He had a great ability to bring out the truth, sometimes from people who didn’t want to admit it. He cared deeply about Detroit and the entire community,” said WJBK’s Huel Perkins. “Frankly, he was not only my friend, I considered him my big brother. He was a mentor to me. You see a part of him in everything I do, even now.”

The Detroit Free Press reports he released the statement below when he left WJBK:

“When I came to WJBK in 1990, the station had undergone two ownership changes, and its image was suffering. I am proud to say that I became part of its growth and development which is continuing under FOX. However, anchoring the early and late evening news at least five days per week leaves precious little time to spend with my wife and four children. With the most recent changes in ownership and management at FOX 2, I felt that this would be a good time to take a break, spend more time with my family and get in closer touch with the people and concerns of the community.‘’