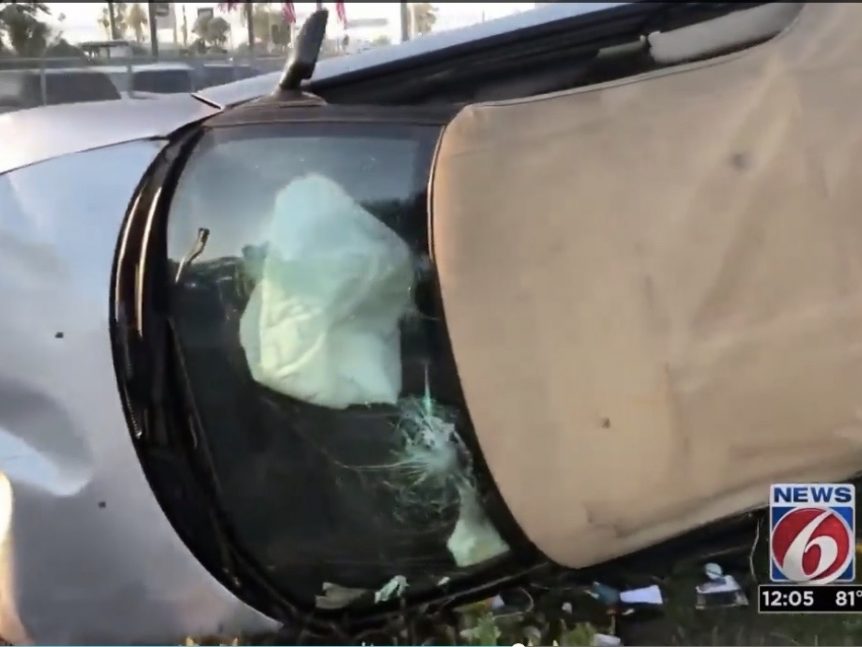 Two WKMG employees are being hailed heroes after they jumped into action when a car crashed into a pole outside the yesterday Wednesday morning.

“The car was on its side. It looked like it was traveling pretty fast and, unfortunately, struck that pole,” Montiero said.

According to a story on the station’s website, Montiero, who is also a Air Force veteran, started tending to the two men who were inside the car and badly injured.

“I got down; jumped right into first responder mode — you know, having that trooper mindset. Got down there; made sure he was OK. One of them was still stuck inside the car; heavy laceration to their forehead. It’s pretty bad. You can see this passenger’s skull at this point,” Montiero said.

Both the driver and passenger were rushed to the hospital. They are recovering from their injuries.