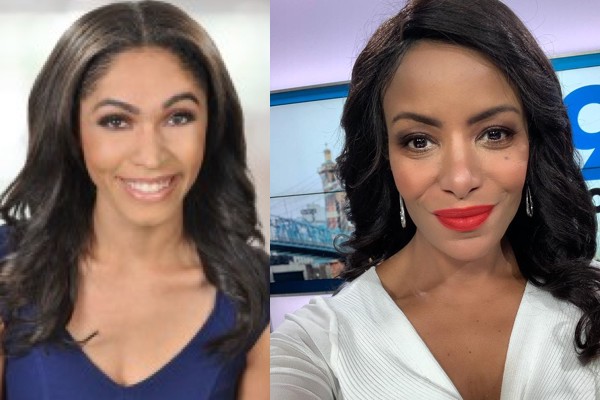 Jasmine Minor and Timyka Artist have both left Cincinnati ABC affiliate WCPO in the space of a week.

On Sunday, Artist (pictured right) told viewers she no longer works as the anchor of the weekend morning newscast after more than five years at the station.

“It has been a tremendous honor to serve you for so many years,” Artist wrote on Facebook. “Your constant support and encouragement have made me a better journalist and an even better person. I am forever grateful. For now, I plan to spend lots of quality time with my family/friends and traveling as much as I can until my next big adventure. The sky’s the limit, and I’m floating on a cloud.”

Minor (left) announced her departure last Wednesday and promised she’d get specific about where she’s heading in a future post.

“I’m excited to say I’ll be heading to a new opportunity and taking another step in this beautiful journey!” she wrote on Facebook. “What a road it has been with all of you. Thank you for letting me into your homes and allowing me to tell the stories that matter. The last couple years, you all have blessed me so much with your welcoming kindness and I thank you, dearly, for challenging me to be better and better each and every day.”

WCPO vp and general manager Jeff Brogan told Cincinnati Public Radio reporter John Kiesewetter, “It’s not that unusual to have employees coming-and-going in this business as journalists grow their careers.”

“As positions open, we look around our industry to find the best journalists to join our awesome team,” said Brogan. “Our goal is to reflect the community with our coverage and that comes with having a diverse news team–it’s one of our top priorities.”

Artist worked for nearly 10 years at WPXI in Pittsburgh, Pa. before joining WCPO in 2015. She has also worked as executive producer of the Radio Times talk show on WHYY-FM in Philadelphia, as an associate producer for NPR’s Talk of the Nation in Washington D.C. and at WUPW in Toledo.

Minor worked at WFTX in Fort Myers, Fla. before joining the station in 2018. Before that, her resume says she was a sideline commentator for ESPN.