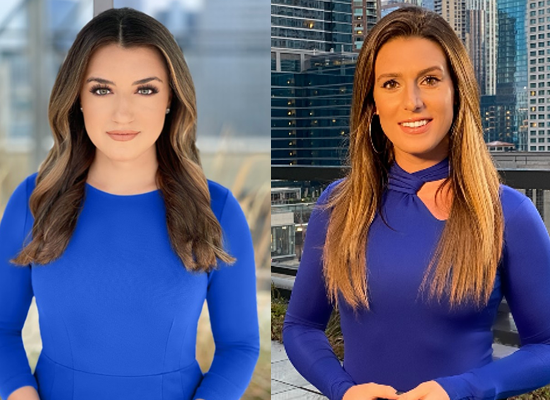 McAdams comes from ABC-owned WLS, while Garzillo makes the move from Fox-owned WFLD.

McAdams (pictured right) has been a reporter at WLS since 2018. She’s covered major breaking news stories across the Midwest, including natural disasters, mass shootings and major court cases, such as singer R. Kelly’s sexual abuse case in 2019. She also reported extensively on the protests in Chicago following the death of George Floyd.

Before coming to WLS, McAdams worked as a general assignment reporter for the Indianapolis Fox affiliate WXIN-WTTV. While there, she was the lead reporter on the Delphi murder case. Her exclusive interviews uncovered key information in the murders of Abby Williams and Libby German, which received national media attention.

Garzillo (left) has worked as a reporter for WFLD since March 2020. She covered breaking news ranging from mass shootings, protests and Covid-19 related stories. She’s also worked as a fill-in solo anchor for the weekend morning newscasts.

She started her career as a reporter, producer and host for Bethlehem, Pa. PBS station WLVT. Before joining WFLD, she worked at WGAL in Lancaster, Pa., where she covered daily traffic and news in the studio.

Both journalists will begin their new roles this month.