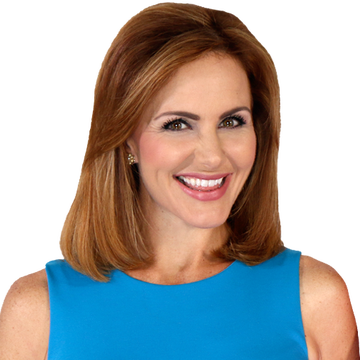 A morning anchor for Fox Houston discovered the power of the Twitterverse after trying to help her father’s company explain why a popular musician canceled an upcoming show in the area.

KRIV morning anchor Sally MacDonald tried to correct musician Jason Isbell after he and his band, The 400 Unit, let people know they had canceled their concert at Cynthia Woods Mitchell Pavilion because the venue wouldn’t comply with Isbell’s Covid policy.

Isbell requires all attendees to either give proof of Covid vaccination or a negative test prior to entry to his live shows.

His label, Southeastern Records told fans the show had been canceled because the venue “was not willing to comply with the band’s updated health and safety standards.”

The venue issued a statement countering that assertion by saying they “agree with what Jason Isbell would like to implement” and blamed the cancellation on timing. “To implement a major change in policy such as what is requested will take more time than we have,” it said in a statement written by CEO and president Jerry MacDonald.

It didn’t take Twitter long to make the connection between the signature at the bottom of the venue’s statement and the KRIV anchor. Jerry MacDonald, president and CEO of the pavilion is Sally MacDonald’s father.

“As for the idea that they didn’t have enough time to implement it, how long has Covid been around?” said Isbell. “How long have these venues known that this kind of thing was going to happen? What did they think was going to happen when the vaccines rolled out?”

As for MacDonald, Isbell tweeted about the connection between the anchor and the venue and reminded her “She prolly should have said that!”

Yes, Sally McDonald is the daughter of the Houston venue owner I was referring to. She prolly shoulda said that! https://t.co/jW2jSs7dM2