NEXT:Kansas City Station Hires Two Producers and an MMJ
PREVIOUS:Harvey Levin: 'I Think Some of the Most Trusted Names in News Are Not Trusted Anymore' 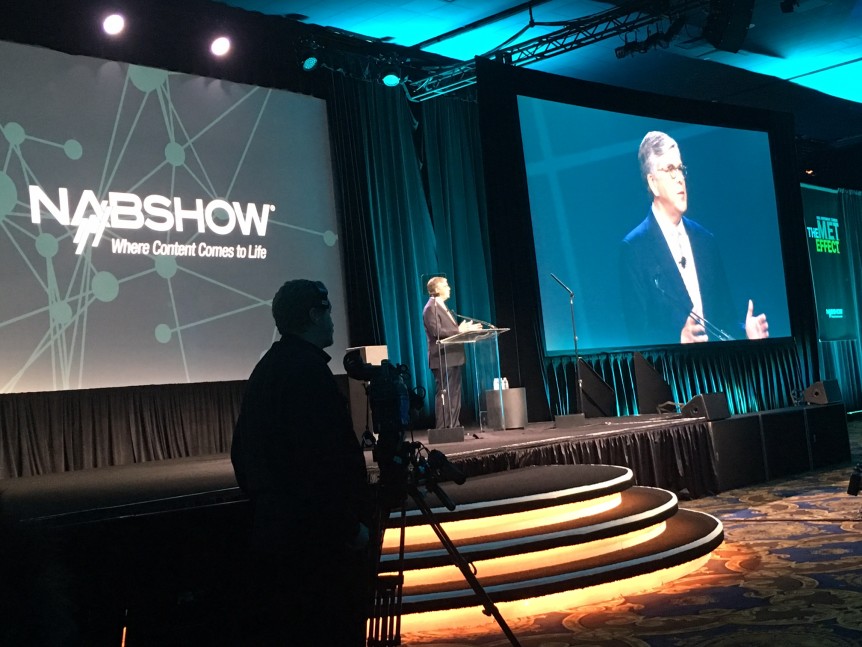 At the kickoff of the 2017 NAB Show here in Las Vegas, NAB president Gordon Smith said TV stations “turned down $38 billion” in the recent FCC spectrum auction “choosing instead to keep their channels.”

“Compare that to the speculators that spent $19 billion for the TV band. I think we know what the highest and best use of spectrum is: it’s broadcast,” said Smith.

Smith and the NAB will now work with the FCC for the “repacking” of channels in markets across the U.S.

Smith said even with the evolution and change gripping the business, “there is something that will not change: listeners and viewers will always want that local connection that broadcasters uniquely provide.”

And despite the rise of Internet-enabled ways people are consuming media: via OTT bundles, social platforms and other web-based platforms, “the one-to-many architecture is the envy of every media platform,” Smith said.

The opening session also included an interview conducted by ABC’s Rebecca Jarvis with Hearst’s CEO Steve Swartz; as well as an honor for former Good Morning America co-anchors Joan Lunden and David Hartman who were honored with the Distinguish Service Award.