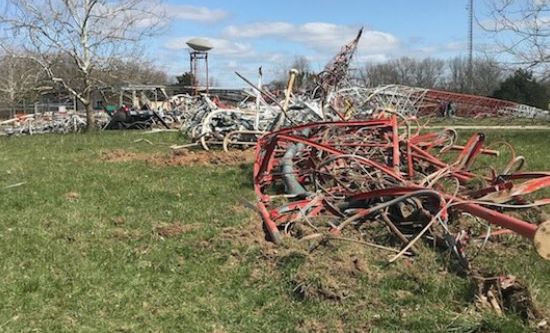 A TV tower that transmits PBS station KOZK in southern Missouri has collapsed, killing one person.

The tower, in Fordland, Mo., is owned by Missouri State University in nearby Springfield. It’s used to transmit Ozarks Public Television. According to the National Weather Service, the tower collapse has also impacted the local NOAA Weather Radio Transmitter. “NOAA Weather Radio Station WXL-40 in Fordland is down until further notice,” the service tweeted.

KY3-TV has more on the collapse.

Billy Long, who represents this district in Congress, tweeted this image of the collapsed tower.