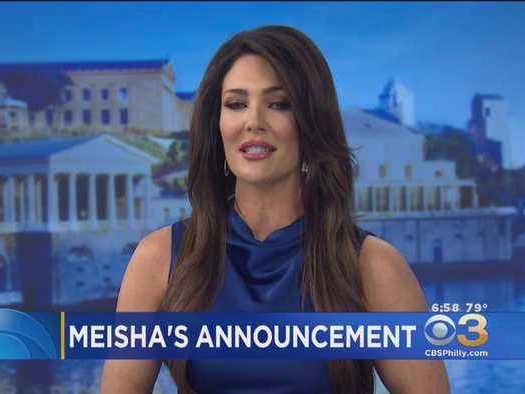 KYW traffic anchor Meisha Johnson is leaving the CBS station in Philadelphia, but isn’t saying goodbye to television or the City of Brotherly Love.

In an announcement on Monday, Johnson told viewers about her next role, which will include “ministry, advocacy and philanthropy within the media space.”

“It will be an exciting ride for me, one already in progress, and I am so grateful you’re with me,” Johnson said during her goodbye on Eyewitness News This Morning. “To my coffee daters, viewers, fans, friends and family of CBS3, thank you.”

FTVLive first announced that Johnson would be leaving the station.

The traffic anchor started in 2015. Johnson’s last day is this Friday, and her replacement will be announced later.