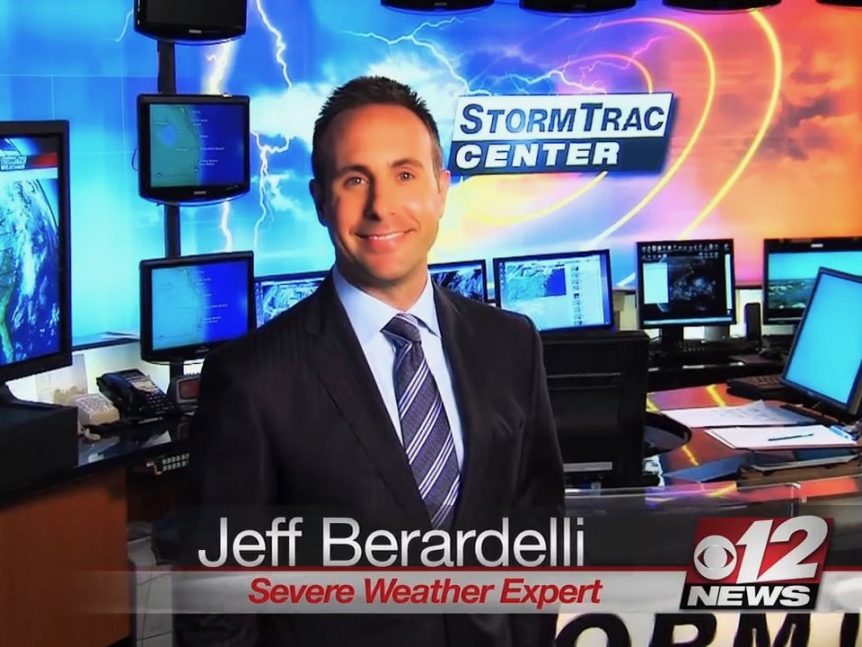 WPEC meteorologist Jeff Berardelli is taking a break from TV to educate himself about climate change this fall.

Berardelli, who is also the weather man behind the Twitter hashtag #Metsunite is leaving the West Palm Beach affiliate after 21 years in local news to attend Columbia University’s Earth Institute.

Before his move to the Big Apple, Berardelli took some time to talk to TVSpy about his move.

TVSpy: Tell me a little about the #Metsunite campaign on Twitter. Why did you start it?
Berardelli: #MetsUnite just sort of happened. I’d been spending a lot of time thinking about effective climate communication. But the most important aspect of this idea is empowering TV meteorologists to speak up about one of the most challenging issues of our time. They say if you see something, say something. Most meteorologists today admit they see something, but not nearly enough are saying something.

When are you leaving WPEC, and what are your hopes after you attend Columbia University? Is it to go back into local news?
When I took the main meteorologist job at WPEC the plan was to sail off into the sunset. But being from South Florida, my wife always wanted to experience the seasons and live in a big city. At around the same time I started becoming more focused on the shifting climate. As luck would have it, Columbia University’s Earth Institute has one of the best climate programs in the world. Although I am taking a break after 21 years in local TV, I do plan to continue to work in media.

What is your message to young meteorologists and how they can continue to inform viewers about the changing climate?
Open the lines of communication with your viewers. Start small, perhaps on social media or your blog. Be honest. Don’t use scare tactics. Do not politicize. Become a trusted authority on climate change. Answer viewer’s concerns with openness, honesty and regard for their differing opinions. Most important, be part of the change that is needed. It is an all hands on deck moment and you are an integral voice in our future.