WJW will soon hit a social media milestone in the Cleveland market.

According to Share Rocket data, the Tribune-owned station is closing in on 1 million Facebook followers and would be the first station in the market to crack seven digits. On June 7th, the FOX affiliate had 963,512 followers.

The Cleveland Cavaliers helped WOIO sports director, Tony Zarella, jump to the top spot on Twitter, beating out every station’s main account with a 15.8 share. That engagement pushed the station to the top of the rankings on Twitter.

Data from May 7 to June 7, WJW took the lead in the social media ratings across the market with a 50.2 Share overall. The main station accounts on Facebook and Instagram are number one and morning anchor, Stefani Schaefer leads in the individual competition on those platforms.

During the same period, WKYC, the Tegna-owned NBC affiliate, moved up to number two among stations in the market with a 19.8 Share overall, followed by the station they jumped, WOIO (Raycom-owned CBS affiliate), which had an 18.1 Share overall. Scripps-owned ABC affiliate, WEWS came in fourth place but had a very good month, however, increasing its Share by +39% compared to the previous 30 days to a 12.0 Share overall.

Overall across all platforms, WOIO had five of the top 10 individuals in the market, WJW and WKYC had two apiece, and WEWS had one. 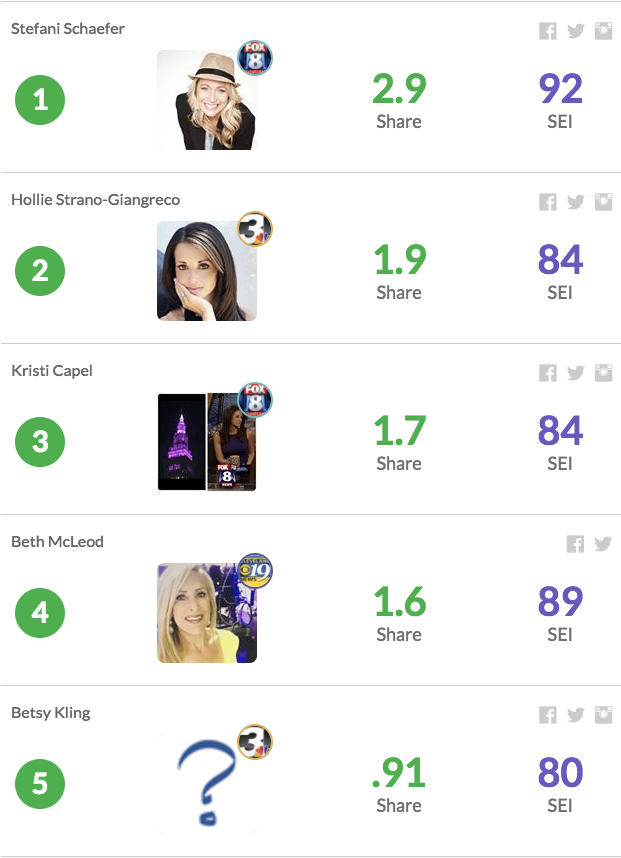 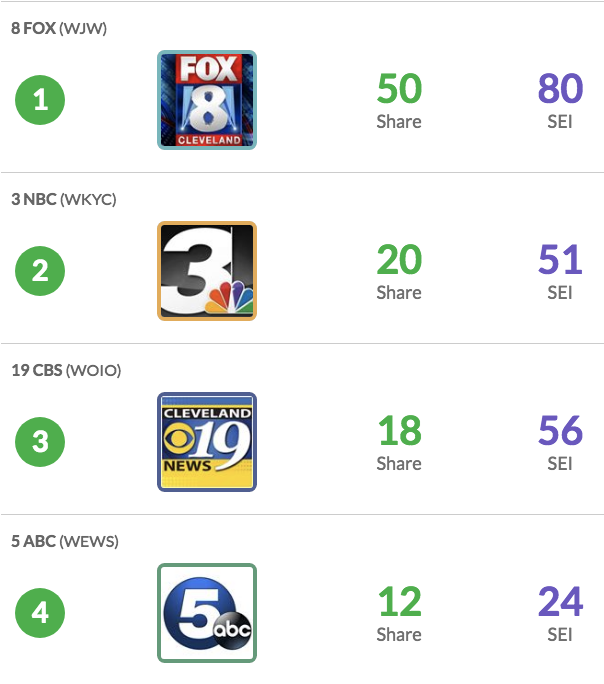