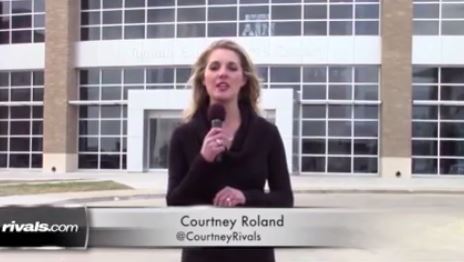 Courtney Roland, a reporter for AggieYell.com, and a former intern at Houston’s KPRC, has been reported missing.

Roland, 29, hasn’t been heard from since she covered a Texas A&M elite football camp in Houston Saturday.

KPRC reports Roland texted her roommate about a suspicious man she saw in a Walgreens who then followed her in a blue truck. Roland’s mother got a text on Sunday from her daughter’s phone number saying: “Hello the owner of this phone Courtney. I am buying an iPad.”

Houston police found her car in a parking lot Sunday morning. Her phone and other items were in the car and her purse was found nearby.