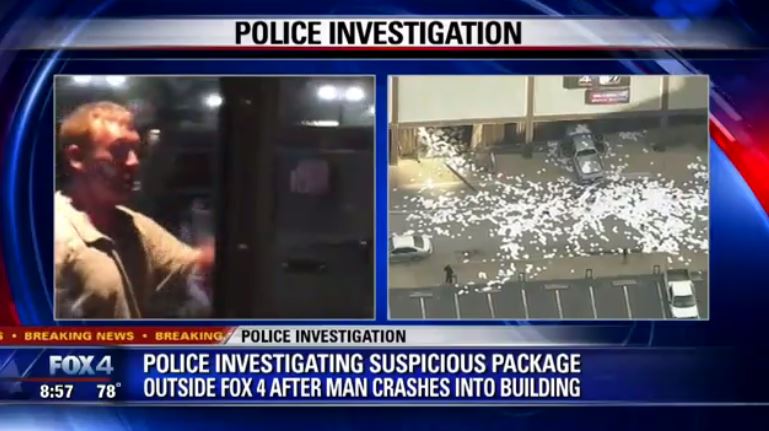 KDFW news crews were on the scene this morning when a man repeatedly rammed his pickup truck into a side wall of the Dallas Fox station just after 6 a.m. He then got out and started ranting.

Fox4 photojournalists recorded the man, identified as Michael Fry, during the incident.

“When he was in the bed of the truck he was yelling out ‘High treason! High treason!’ As he got over to the window he was trying to explain something that involved the Denton County Sheriff’s Department,” Todd said. “He is claiming that someone tried to kill him and ended up hitting a relative of his and so he was wanting justice. But also at some point he was saying, ‘And they’re coming for me. They’re coming after me trying to kill me.’”

The incident quickly became news on all Dallas TV stations.

“According to police, Fry was upset about a deputy-involved shooting in 2012,” Dallas NBC station KXAS reported during its 11:30 a.m. newscast.

“Officers arrested him, checked for explosives, none were found,” reporterd CBS Dallas reporter Dan Haggerty during his 11 a.m. liveshot.

There were no injuries. 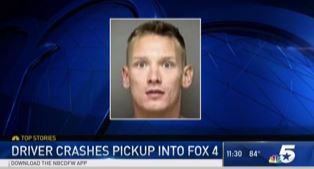 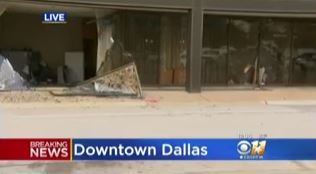 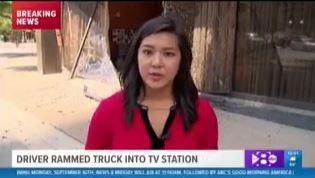