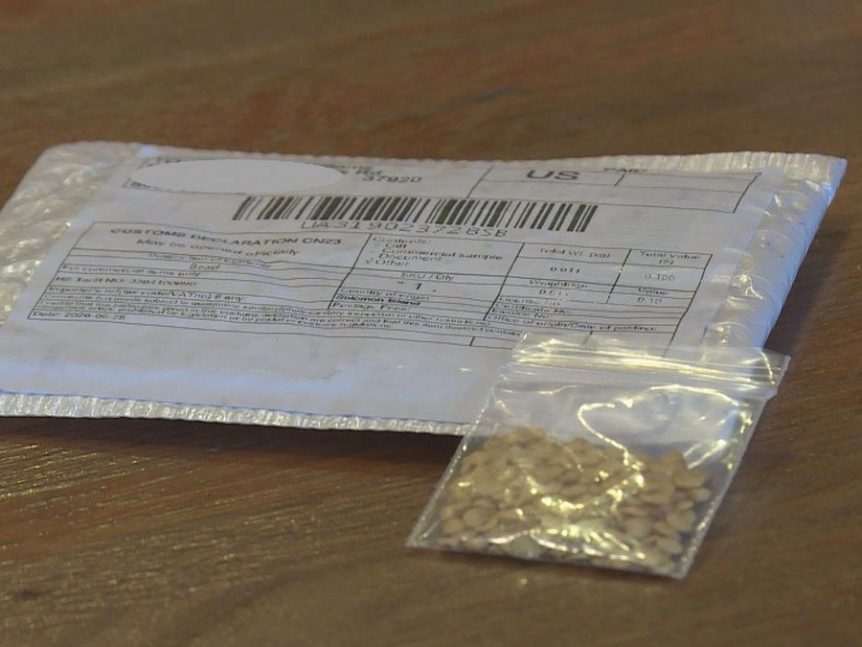 WVLT anchor Alan Williams had been covering stories about unordered packages showing up on people’s doorsteps when his wife received a suspicious package of her own.

The Knoxville, Tenn., station said an envelope from the Solomon Islands, addressed to Williams’ wife, arrived in the mail just four days after the Tennessee Department of Agriculture issued a warning about state residents receiving unordered seeds.

The package contents were labeled as being beads but were a package of seeds. Officials in more than two dozen states are asking residents to report any unsolicited packages of seeds they receive. Authorities don’t believe the seeds are dangerous but are rather part of a scam to boost online sales through fake positive reviews.

“At this time, we don’t have any evidence indicating this is something other than a ‘brushing scam’ where people receive unsolicited items from a seller who then posts false customer reviews to boost sales,” the USDA said in a statement. “While we have no reason to suspect at this time that these seeds were sent with ill intention, we want to take every precaution to be sure an invasive or otherwise threatening plant species doesn’t take hold here.”

Williams and his family are OK.

Tennessee authorities have instructed state residents who receive unordered seeds to contact the Tennessee Department of Agriculture. Residents can also send in the seeds after double-sealing them in plastic sandwich bags.