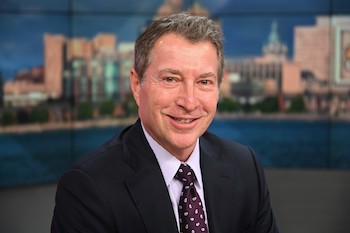 Manders will be responsible for overseeing the station’s operations across all platforms, as well as leading the station’s focus on community service and driving results for advertisers. He takes over for Jim Toellner, who announced his retirement earlier this year.

“Mark stands out as one of the most effective leaders in our company,” said Paul Trelstad, svp of media operations for Tegna. “His investment in Buffalo and service to his team and our advertising customers has been extraordinary. No one is better suited to lead the talented ‘2 On Your Side’ team in serving the greater Buffalo community with exceptional news, information and community engagement.”

This is a promotion for Manders, who has been the station’s director of sales for the last 16 years. Before joining WGRZ, Manders was director of sales and marketing at WTVH in Syracuse, N.Y. Earlier in his career, he was vice president of marketing for a major furniture store chain, general sales manager at the NBC affiliate in Syracuse, N.Y., and national sales manager at the ABC affiliate in Kansas City, Missouri.