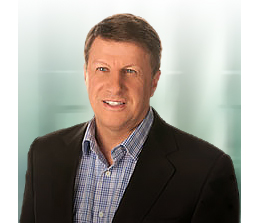 Tegna president and CEO Dave Lougee has apologized for a 2014 incident where he mistook a Black executive—who would later become a candidate to join Tegna’s board of directors—for a valet.

The apology comes a week after attorney and media consultant Adonis Hoffman cited the incident as one of the reasons he withdrew his candidacy for Tegna’s board. At the time the incident occurred, Hoffman was chief of staff for then-FCC commissioner Mignon Clyburn.

Hoffman withdrew his nomination to join the Tegna board over conflicts of interest, and Bloomberg reported that Hoffman told the board he didn’t want to join because of his “discomfort in working with Dave Lougee.”

In an apology email to staff acknowledging the incident, Lougee said he took responsibility for the incident.

“As I was leaving the event and looking for my car, I ran into Mr. Hoffman and mistakenly thought he was a hotel valet,” Lougee said in the email. “Mr. Hoffman was understandably offended and upset. I immediately apologized to him and felt terrible. I don’t condone racism of any kind, I take full responsibility for this mistake, and am truly sorry for the pain I caused Mr. Hoffman.”

He continued: “I hope my mistake doesn’t make you doubt my sincerity or that of the entire leadership team in our strong focus on improving diversity and inclusion at Tegna.”

Here’s Hoffman’s recollection of how it happened, as he told it to Multichannel News one year later:

“I attended an industry luncheon and was seated at the head table next to the keynote speaker, who is the president of a prominent TV-station group [whom Hoffman now identifies as Lougee]. We ate together, chatted at lunch and then he gave his speech, which was a good one. I even asked a question from the floor during Q&A. At the end of the luncheon, I went out to the hotel entrance to stand on the side to wait for the car, and the TV president came over to me. I smiled at him and he extended his hand with what I thought was his business card — except that it was his valet parking ticket. He thought I was the valet. I could not believe it. So I moved about six inches from his nose, looked him in the eye so he could really see me, and said, ‘Do you really want me to get your car?’ Flustered and somewhat embarrassed, he said, ‘Oh, I thought you were the parking guy.’

“Not ready to give him a pass, and wanting to have a little fun making the point, I said, ‘We just had lunch and conversation at the head table, and you come outside and ask me to go get your car. You know I won’t let you forget this.’ So I guess the moral of the story is that even at high levels of achievement, the content of your character does not always make it past the color of your skin. I guess we have a ways to go when it comes to diversity.”