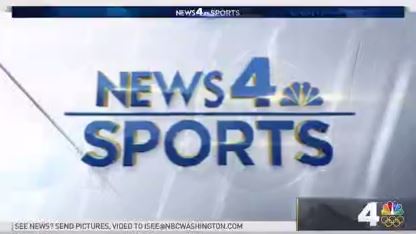 UPDATE: A WRC spokesperson tells TVSpy “the perception that we no longer care about sports content is simply not how we feel. Unexpectedly, we have a vacancy in our sports department. In the short term, we are filling it with experienced sports anchors from around our area and with Lindsay Czarniak who will be covering the Super Bowl exclusively for our station.”

The latest Pew Research report, which shows more Americans watch local news over cable or network news, is getting reaction from the owner of three professional sports teams in Washington D.C.

“Local TV matters for news for our neighbors,” wrote Ted Leonsis on Twitter. “Now, if only local news can find a way to distribute some local sports too, it could matter again.”

Leonsis, majority owner of NHL’s Washington Capitals, NBA’s Washington Wizards, and WNBA’s Washington Mystics, as well as the Area Football’s Washington Valor and Baltimore Brigade, was bemoaning local TV stations’ move away from sports coverage, including the recent departure of WRC‘s longtime sports anchor Carol Maloney. The NBC Washington station has not announced plans to fill her now-vacant role in the sports department.

Leonsis’s tweet also caught the eye of a D.C. sports journalist Bram Weinstein. “I was bothered to hear that Carol (Maloney) left. And I thought to myself, that might have been the best local sports department in the country and they’ve decided they don’t care about it anymore. Sports matters to communities,” he said on his radio show Monday morning.

Local stations have been cutting back and shrinking sports departments in recent years.

In 2016 we reported that Fox-owned WNYW opted not to replace local sports personality Russ Salzburg when he left.

Station owners would tell you that with a sports scores and highlights readily available on mobile devices or on cable and satellite, traditional sports segments in local news pack less of a punch. The economics, they’ll argue, don’t work in their favor.

But as executives like Ted Leonsis raise the issue about sports coverage–in this case, in the nation’s 6th largest market–stations will take notice.