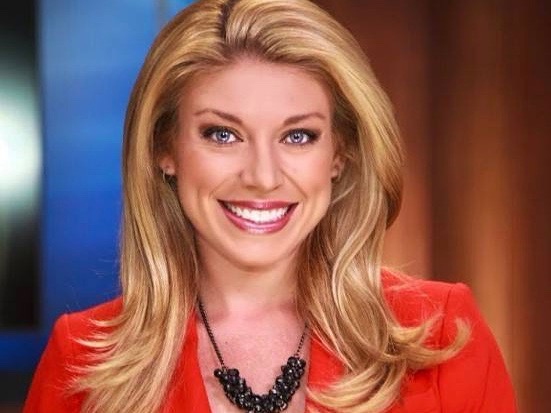 When a Florida woman got caught on video earlier this month spewing racist comments to an Asian nail salon owner, it went viral.

But Haley Hinds, a reporter-anchor at Tampa’s Fox-owned station WTVT didn’t know about it until someone took a screen capture of the video, posted it on Twitter and tagged her as the assailant.

“What would you do if a random stranger on the internet decided to falsely accuse you of being the ‘star’ of a viral video of a woman going on a racist tirade at a Lutz, Fla., nail salon? And what would you do if, afterward, an internet mob came after you, from all over the world, threatening you, calling you vile names, even telling you to go kill yourself? Well, folks … I’ll tell you all about it. Because it happened to me,” Hinds wrote in a Facebook post.

Hinds detailed the turn of events that led hundreds to think she was the woman behind the rant. In the video, the woman says she is dating a Fox 13 adviser, but Hinds says the woman has no connection to the station. Still, a Twitter user grabbed a photo from Hinds’ Facebook page and posted it with the viral video.

“The witch hunt began,” Hinds writes. “And, for a reason that I still don’t quite understand, a woman from the other side of the country decided to pick me. The hate messages began.”

Hinds says days after it was posted, her photo was still not removed. Twitter said that there was no violation and did nothing to take it down.

“In the meantime, I have a request for everyone: Think before you share a post. Think before you retweet. Fact check. Everything. Because what you’re sharing may be totally false and could make you, unknowingly, an accessory to a malicious effort to destroy another person’s life,” she wrote in the Facebook post, which you can read in full below.

The real woman behind the rant has yet to be publicly identified, but was a regular at the salon.