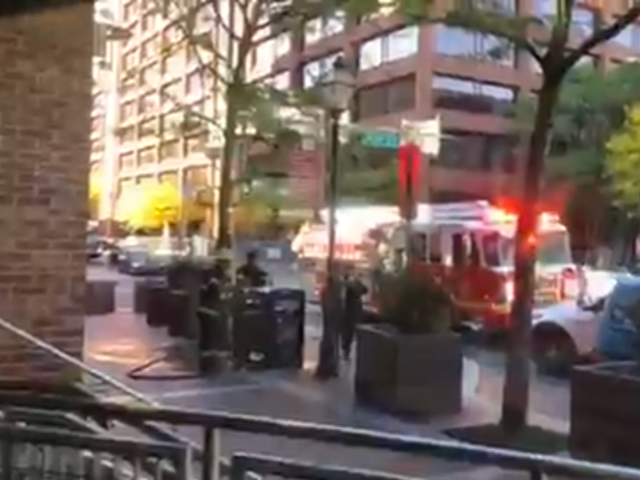 Over the weekend, someone set fire to a garbage can outside Fox’s WTXF in Philadelphia.

This happened just two weeks after one or more people took a sledgehammer to the station’s front window on Oct. 2, according to FTVLive.

Anchor Dawn Timmeney tweeted a picture of the fire department responding. She also said Philadelphia police took away a suspect in handcuffs.

It is unclear whether the two incidents are related.