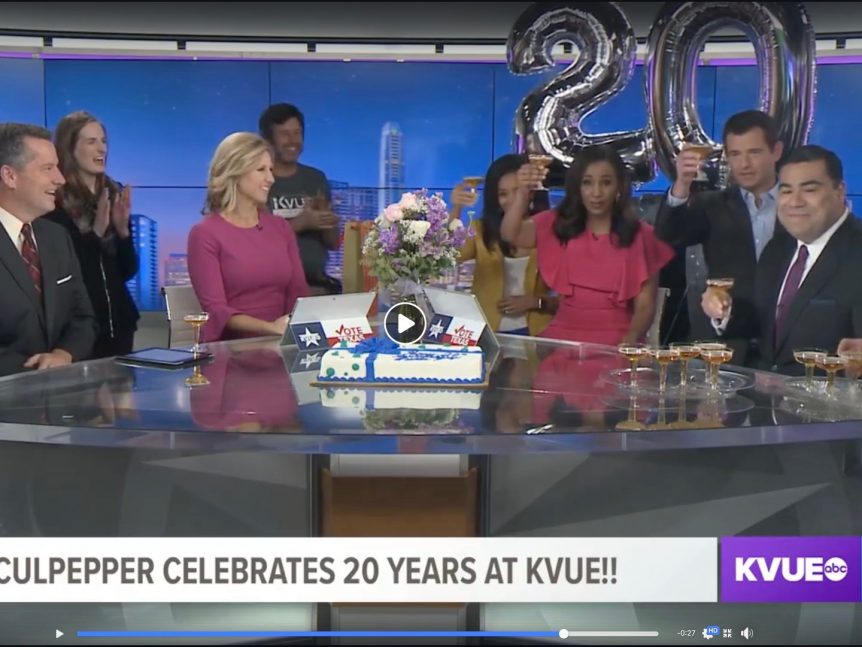 KVUE anchor Quita Culpepper knew Thursday was a big day for her, but didn’t realize her station would do something so grand to mark the occasion.

On Thursday, Culpepper celebrated her 20th anniversary at the Tegna-owned station in Austin, Texas. And when she least expected it during the 6 p.m. newscast, her co-workers surprised her in a big way. They aired a throwback package, brought in balloons and a cake that brought her to tears.

“Y’all rock,” she said to her friends and viewers who have supported her over the years.

Culpepper started behind the scenes and worked her way to a reporter role. She is now a main evening anchor at the station.

You can watch the full tribute below: