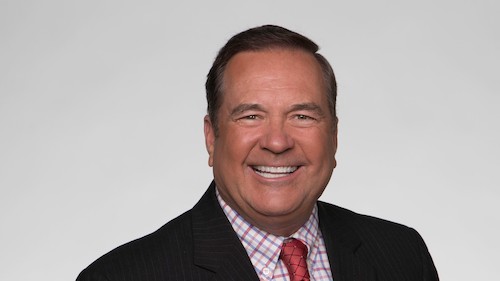 KREM anchor and chief meteorologist Tom Sherry has announced that he’s retiring at the beginning of March.

Sherry started his broadcasting career in radio 40 years ago before joining KREM in 1990.

“I’ve been lucky to be part of an amazing team at KREM 2,” said Sherry. “Most importantly, I’ve loved being a part of the community. I appreciate people letting me in their homes each night and I love the Inland Northwest.”

His first job was in 1981 as a radio announcer at KDRK-FM in Spokane, Wash. In 1990 he was hired by KREM as a weekend weather caster. He moved to mornings in 1992 and was named chief meteorologist in 1993.

“When I tell anyone that I work at KREM 2, the first thing everyone will say is ‘Wow! I love Tom Sherry.’ You can’t think of local news in Spokane without thinking about Tom Sherry,” said KREM president and general manager RJ Merritt. “Tom is an incredible talent and meteorologist, but more importantly, an amazing person that truly wants to lift our community. His retirement is greatly deserved.”