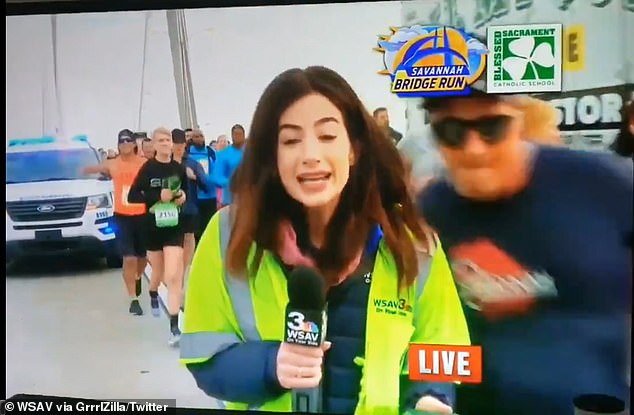 Thanks to social media, the man who slapped WSAV reporter Alex Bozarjian‘s behind during live race coverage, has been identified.

According to Heavy.com, it’s Tommy Callaway, a minister from Statesboro, Ga.

Social media users tracked him down through his bib number and now Savannah police are investigating.

Right now, it’s up to Bozarjian to file charges against the man who she says violated her on live television.

Savannah’s police chief released this statement to NBC News: “We’ve talked to her about the situation. I can’t discuss it further, but it’s up to Alexandrea on how she wants to handle the situation. All I can say is we have made contact with Alexandrea and we are definitely going to be working with her in any capacity on how she’d like to move forward with this incident.”

As TVSpy first reported, Bozarjian was covering the Enmarket Savannah Bridge Run on Dec. 7, which was hosted by the Savannah Sports Council.