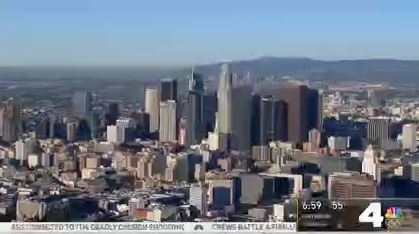 Share Rocket data says engagement was down even in the number two TV market compared to the last 30 days.

“The downturn in engagement is likely due to the severe weather events across the U.S. in September,” said a Share Rocket spokesperson.

Six of the seven stations Share Rocket tracks in Los Angeles has downturns in total engagement. KVEA, the Comcast NBC owned Telemundo station moved from seventh to sixth place ahead of KMEX, the Univision station.

Twitter was KABC’s most dominant platform, with a 49.4 Share as a group. Nearly 30% of the station’s engagement on Twitter came from reporter Veronica Miracle. Miracle had the No. 2 account in the market on the platform, generated more than 175,000 engagements, and accounted for a 14.57 Share by herself. KNBC’s move up the Twitter rankings was largely powered by two individuals, sports anchor Fred Roggin and reporter Conan Nolan. Combined, the two generated nearly 40,000 engagements on Twitter and were responsible for about 37% of their station’s Twitter engagement during the month.

On Instagram, things were a bit closer. KABC had a 31.2 Share as a group, followed by KTTV with a 25.8 Share, KTLA with a 16.9 Share, and KNBC with a 15.0 Share. Karapetyan, who was the top individual in L.A. on the platform and had the No. 2 account in the market overall, generated over 200,000 engagements. KTLA’s main station account led the market with more than 2,400 engagements per post during the 30-day period.

Karapetyan led the market among individuals thanks to her Facebook and Instagram performance, where she was No. 1 among individuals. On Instagram, she averaged more than 2,365 engagements per post and in total had nearly 239,000 engagements in the month. Her engagement-to-audience ratio on the platform was 5.3-to-1, which is also an extremely high mark. KNBC traffic anchor and reporter Alysha Del Valle was second among individuals in the market and also made most of her impact on Instagram. Del Valle generated more than 192,000 engagements on Insta in the last 30 days (a +108% improvement on the 30 days prior) and she grew her audience on the platform by +8.9% in the month. KABC’s Miracle was third thanks mostly to her best-in-market individual performance on Twitter. She had a very active month, covering everything from the Los Vegas massacre to wildfires in California to the Dodgers’ World Series run and increased her overall Share in the market by +185% in the last 30 days.

Of the top 10 individuals in the market, four work for KTTV; two work for KABC; and one apiece works for KTLA, KNBC, KVEA, and KMEX. 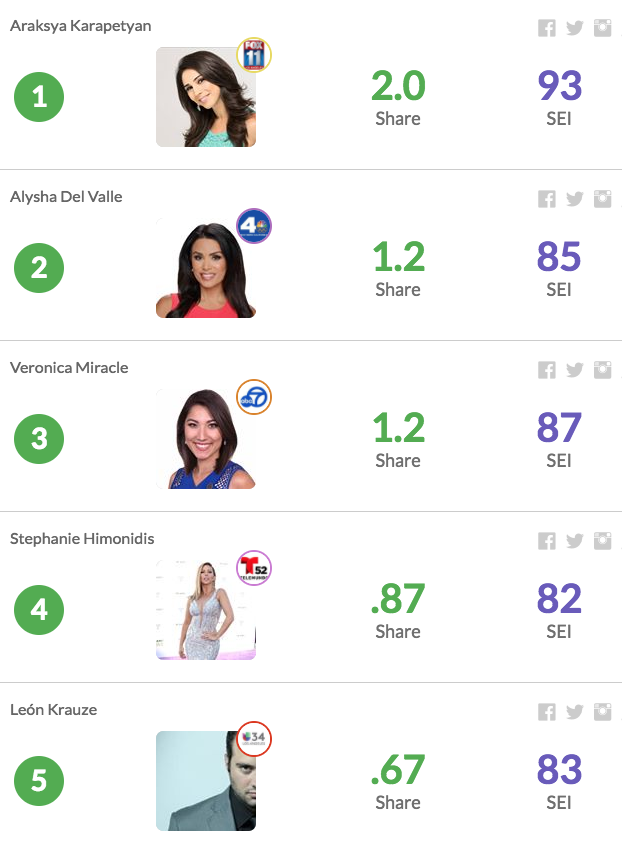 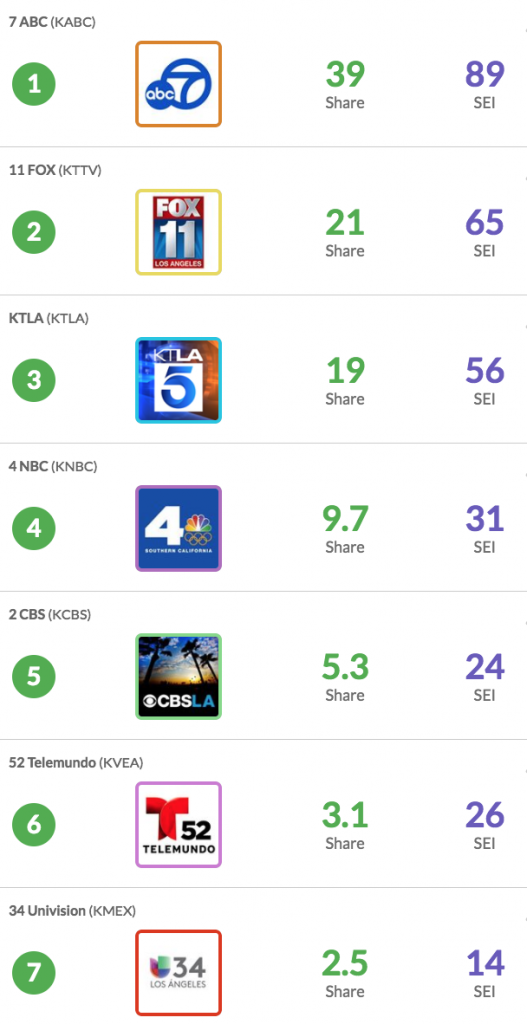