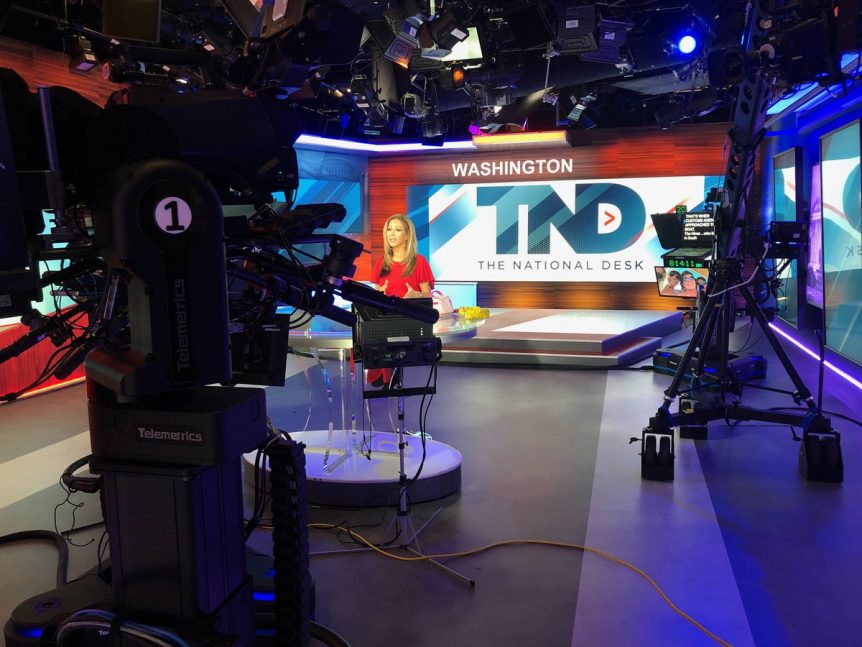 Less than two weeks ahead of Sinclair’s new national morning show’s launch, main anchor Jan Jeffcoat is giving viewers a glimpse of what the program will look like.

Jeffcoat, who was hired to launch The National Desk over the summer, has been preparing with a staff of people in D.C., where the show will air out of a studio. In the lead-up to launch, she has posted a number of clips from rehearsals and other reporting, offering up a look at the show’s set and its logo.

In one preview interview this week, Jeffcoat interviewed a founder of one of the groups protesting the presidential election results in Washington, D.C. today. In another post on Twitter, she shared a photo of the set.

The National Desk will air in select Sinclair markets from 6 to 9 a.m. ET where stations don’t produce their own local morning shows.

We talk to one of the groups protesting in D.C. this week… this is part of my interview with @momsforamerica1 founder. 13 days until @TND launches in select cities across America. #thenationaldesk #americasnewsnow #tnd #staytuned pic.twitter.com/YafBPkLvm8