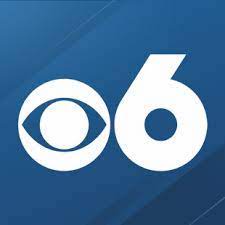 Sinclair Broadcast Group has promoted Robert Croteau to vice president and general manager of its CBS and CW affiliate in Albany, N.Y., WRGB-WCWN.

Croteau has worked at the station since 2011 and has been the director of sales there since 2012.

“With nearly two decades of executive sales leadership at WRGB and WCWN, Rob has a long history of success in the Albany market,” said Rob Weisbord, Sinclair’s chief operating officer and president of Broadcast. “We appreciate Rob’s dedication and the results that he has delivered during his tenure with Sinclair—and we are excited to elevate him to lead both stations as VP/GM.”

“With nearly 100 years on air, WRGB and WCWN have a long and important story in the history of television,” said Croteau. “I am excited to step into this role to honor that history, to serve our community and clients—and to help continue the transformation of these stations into the future.”

Before working as director of sales, Croteau was the local sales manager. He’s also worked at WLVI in Boston and at WCIA in Champaign, Ill.