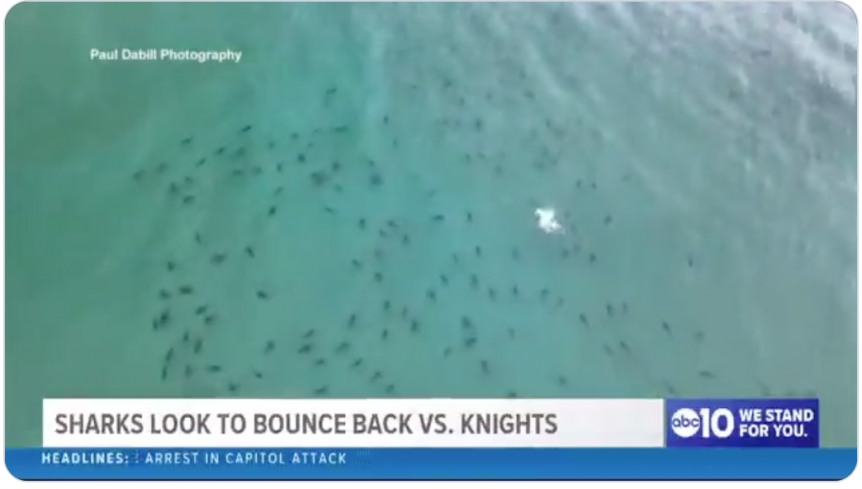 KXTV anchor Lina Washington was covering the NHL game between the San Jose Sharks and the Las Vegas Golden Knights when her sports segment included B-roll of a group of swimming sharks (known, oddly enough, as a shiver) instead.

“This is … not the sharks that we’re talking about!” Washington said as she realized the goof.

“For my newsies, here’s how this happened: we had a story slugged ‘LOTS OF SHARKS!!!’ earlier in the newscast and the editor was asked to link THIS video to THAT story,” Washington explained. “But instead they sent it to my “SHARKS GOLDEN KNIGHTS” VO, overwriting the #SJSharks highlights I cut.”

when the editors at your news station accidentally send video of *actual sharks* to your sports story about the @SanJoseSharks 🤦🏾‍♀️🥲 sharing this lil blooper from last week just because we could all use a laugh today pic.twitter.com/v1iuAGmLY3