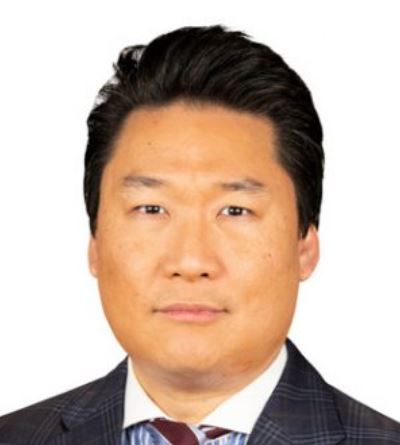 A few weeks ago we reported KOMO reporter Jonathan Choe was being targeted by folks who didn’t like the way he reported on homelessness in Seattle. This morning, he is out at the Seattle ABC affiliate and also facing criticism about his reporting on the hate group the Proud Boys.

Choe was in Olympia, Wash. on Saturday covering a Proud Boys rally and tweeting out a timeline of what was going on.

Choe’s tweets included: “Rally organizers say safety is priority and telling marchers not to engage hecklers,” “Marchers being met with a few hecklers,” and “Taking a knee.” But he raised questions after deleting a tweet featuring a montage of images set to a piece of music called “We’ll Have Our Home Again,” from a group described by The Jewish News of Northern California as “a white separatist, ethno-nationalist men’s club.” The text of the tweet can be seen below: 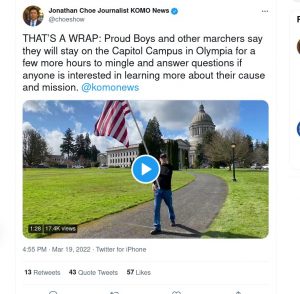 That’s a wrap: Proud Boys and other marchers say they will stay on the Capitol Campus in Olympia for a few more hours to mingle and answer questions if anyone is interested in learning more about their cause and mission. @komonews

The station issued a statement saying “KOMO did not direct or approve Jonathan Choe’s decision to cover this weekend’s rally, nor did his work meet our editorial standards. We decided to end our employment relationship with him yesterday.”

A source at the station told TVSpy that staffers were complaining about Choe and that this was the “last straw.” The source also said that station photographers felt Choe was putting them in danger when they worked with him.