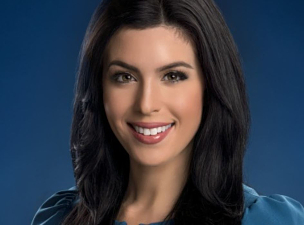 Donchey comes from CBS owned stations KCBS-KCAL in Los Angeles where she worked as an anchor and reporter. She’ll anchor at 3 and 5 p.m. for KPIX.

The San Francisco State graduate announced her move on twitter in January saying LA would always be her home.

“Friends I am sorry to say this will be my final week at KCBS KCAL, but excited for what the future holds. Thank you for your support, your feedback and your many kindnesses over the past 3 years,” she wrote on Twitter.

She started her career at KRIS and KZTV in Corpus Christi, Texas before moving to Houston to work as an anchor and reporter for KPRC.

Here she is! Please join me in welcoming @SaraDonchey to the @KPIXtv team! She is rocking the 5pm news right now!! @KPIXtv #newanchor #WELCOME pic.twitter.com/8fO0y5uNUH