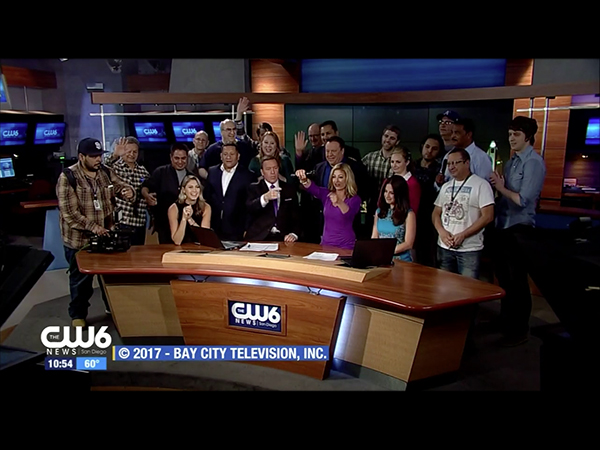 The station shut down its news operation and will shut down completely after losing its CW affiliation to CBS affiliate KFMB. The CW will run on a KFMB digital sub channel. XETV was the second oldest station in the San Diego market.

After many retrospectives and goodbyes, GM Chuck Dunning quoted Dr. Seuss by telling viewers, “Don’t cry because it’s over, smile because it happened.”

The night crew then gathered around the news desk and said their individual goodbyes before the station ran an extended credit roll that ended with the dates the station was on air: 1953-2017.

One business note: Tribune’s Fox affiliate ran a morning news promo telling XETV viewers to get their news from them from now on.