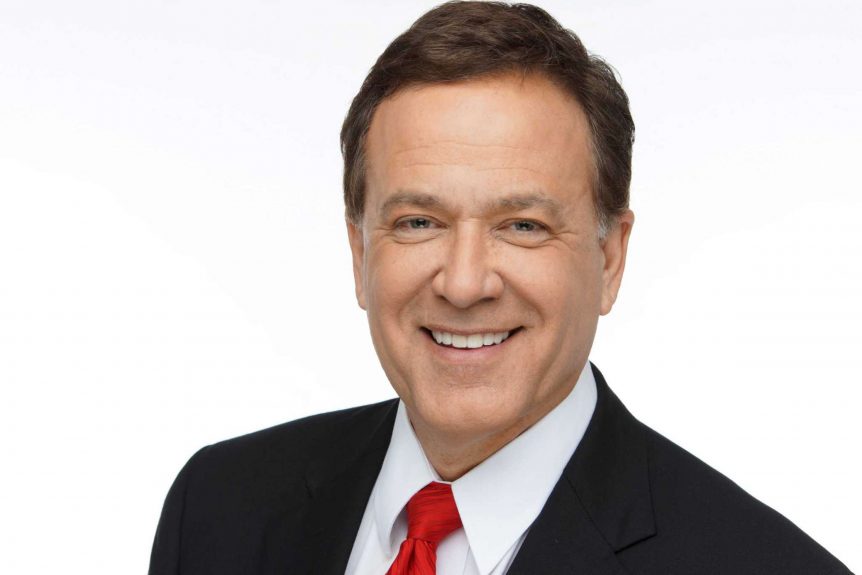 San Antonio news anchor Randy Beamer is used to reporting on the fly. But on Tuesday night, the veteran WOAI weekday anchor found himself facing a new challenge after being temporarily thrust into the meteorologist’s chair.

Beamer had to take over the weather report unexpectedly after chief meteorologist Chris Suchan‘s audio cut out during a remote report.

“I’ve always wanted to do weather, but not this way,” Beamer says, seamlessly picking up the forecast for heavy rain in the area.

But Beamer had to improvise through the rest. When a detailed wind-speed map popped up onscreen, Beamer was a little stumped.

“Take a look at the wind speed here. Wow! Quite a variety,” Beamer said.

And when another map appeared onscreen, highlighting the movement of the rainstorm through the area, Beamer wasn’t quite sure how to interpret it.

“It’s gonna move up that way from the south where they’re getting that—well, I don’t know,” he said, laughing. “The arrows are going the other way.”

All in all, he did fine, and he made some viewers laugh. You can watch the hilarious forecast below.

Yep @ChrisSuchanWOAI had a technical glitch working from home so I got a chance! To uh, talk & point at stuff & make Chris look really good.
But as my friend #RonBurgundy says “Don’t act like you’re not impressed!”
On-camera clip: https://t.co/d5FhHkpYdu @News4SA https://t.co/6fqlHx7uHR