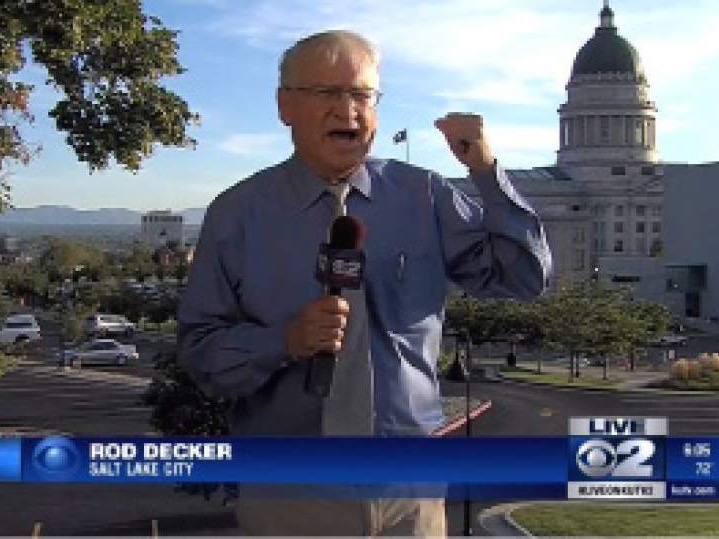 He says his wife is ill.

“I want to spend more time with her, that was part of it,” Decker told Salt Lake City Tribune.

The soon-to-be 76 year old has worked for the Sinclair-owned CBS affiliate in Salt Lake City, Utah for more than 37 years covering politics.

“Rod has done so many stories that affect the community,” said KUTV News Director Mike Garber. “He really is the senior guy in this town.

He joined KUTV in 1980 after working as a reporter at the Deseret News.

“That’s 37 years at one station — so it’s quite bit,” Decker told the paper. “It’s probably a little unusual.”

The paper reports KUTV is planning a big send-off for him in September.