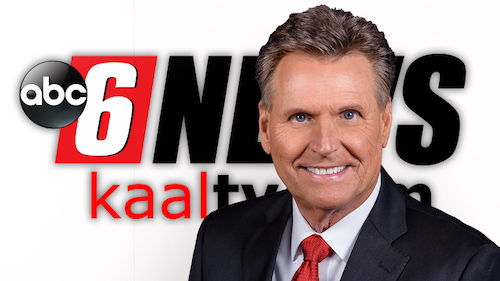 Becker, who has had a long career in television journalism, told TVSpy his “time in front of the camera is over after 49 years.” But he is not hanging up his news hat just yet and is  “working on a project with two other longtime broadcast and digital professionals,” he said. Becker will update us when he can.

He started his career at WLUK in Green Bay in 1974, and came to KAAL from TVnewsmentor.com after working in Palm Springs for a year. In his station bio, Becker said he’d been “lucky enough in this profession to work in markets from Green Bay to New York City.” He’s worked all across the country, making stops in “Indianapolis, Los Angeles, Louisville, Las Vegas, back to Los Angeles, Salt Lake City, San Diego and then Palm Springs,” he said.

He’s worked at MSNBC, KNBC, KCBS and KCOP in Los Angeles, and he also served as president of the Board of Directors of the Associated Press Radio/TV Association between 2009 and 2011.

On Twitter, KAAL reporter Devin Martin told Becker he made “big difference” in his life and he will never forget him.

“Your mentorship and coaching made me into the reporter I am today,” Martin wrote. “I’ll always remember being in my work car, working on my story in the middle of nowhere and getting a text from you that always said ‘You got this.'”