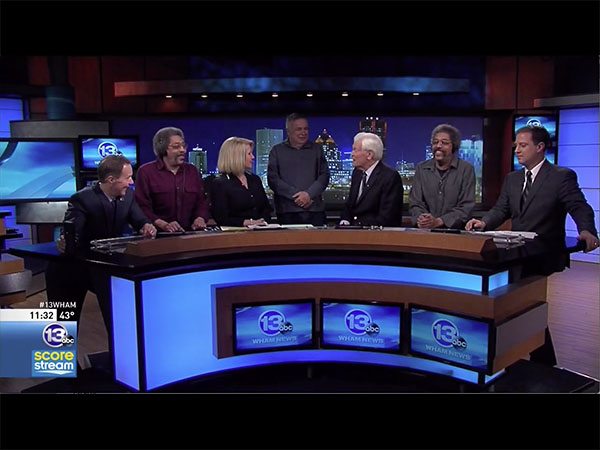 The station did a story about the Barnes’ parents on the 6 p.m.newscast and even had them on the set to talk about how proud they were of their two sons. The two also came on set at the end of the 11 p.m. to say a final goodbye.

“Friday ends 4 decades at 13WHAM for twin brothers and camera operators Mike and Steve Barnes,” WHAM anchor Ginny Ryan wrote on her Facebook page. “They are very much a part of us and always will be! It’s nice to have the camera on them, for a change. Thanks, Guys! Enjoy a much deserved retirement.”

Below is the story that aired at 6.