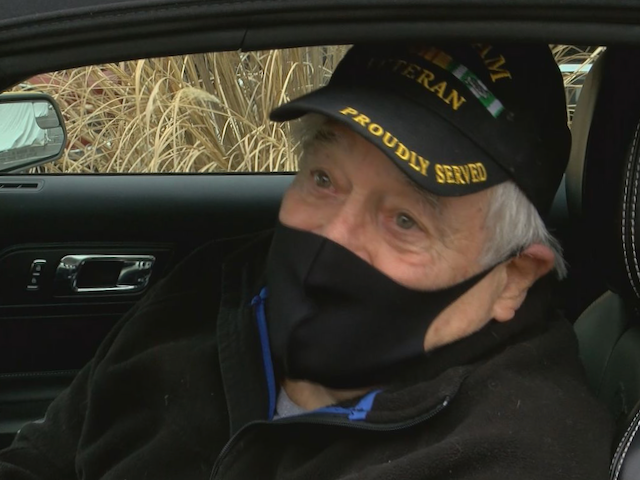 Former WAVE sports anchor Bob Domine was eligible for the first wave of Covid-19 vaccines in Kentucky, and he took viewers along for the ride as he got his first dose.

The Louisville sports anchor, who worked at the station for nearly four decades before retiring in 2010, got his Moderna vaccine on camera in a segment with anchor and reporter Connie Leonard.

At 77, Domine was eligible for the first wave of vaccines, and traveled to the Robley Rex VA Medical Center in Louisville, Ky., to have it administered in his car.

“Ever since I got my appointment this week, I’ve been looking forward to this,” said Domine, who served in the Vietnam War as an Army pilot.

Domine spent 37 years at the station before he signed off on Sept. 10, 2010. He said he is hopeful that more people, including fellow veterans, will follow suit and get vaccinated themselves.

“I would think that vets would lead the way,” he said.