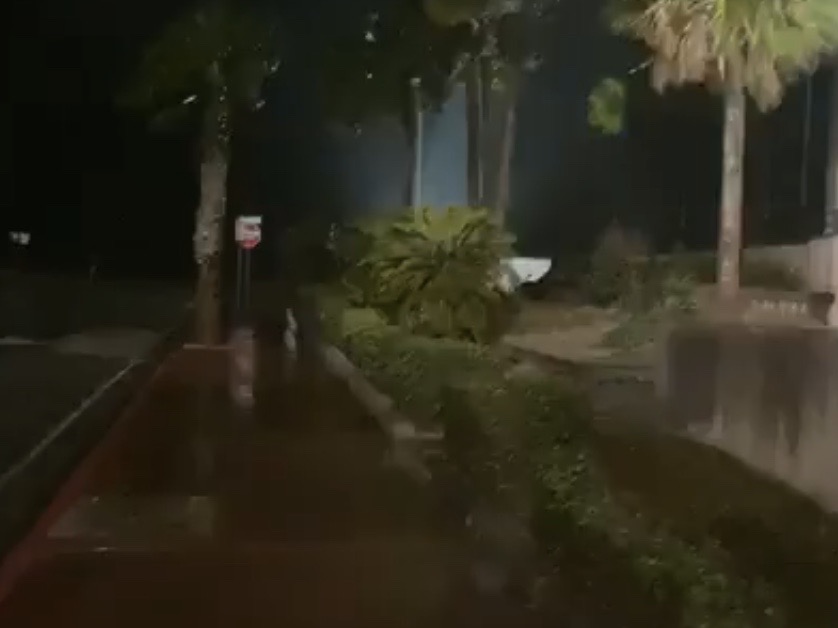 KPRC Houston reporter Michael Lopardi was on the ground Saturday when the Category 1 hurricane made landfall.

Lopardi was on location covering the first hurricane of the season. He did a Facebook Live while walking around to show viewers an area around the hotel where he was stationed. Lopardi didn’t narrate the video because it was too windy without a proper mic.

By Saturday night, winds had dropped to 75 mph.