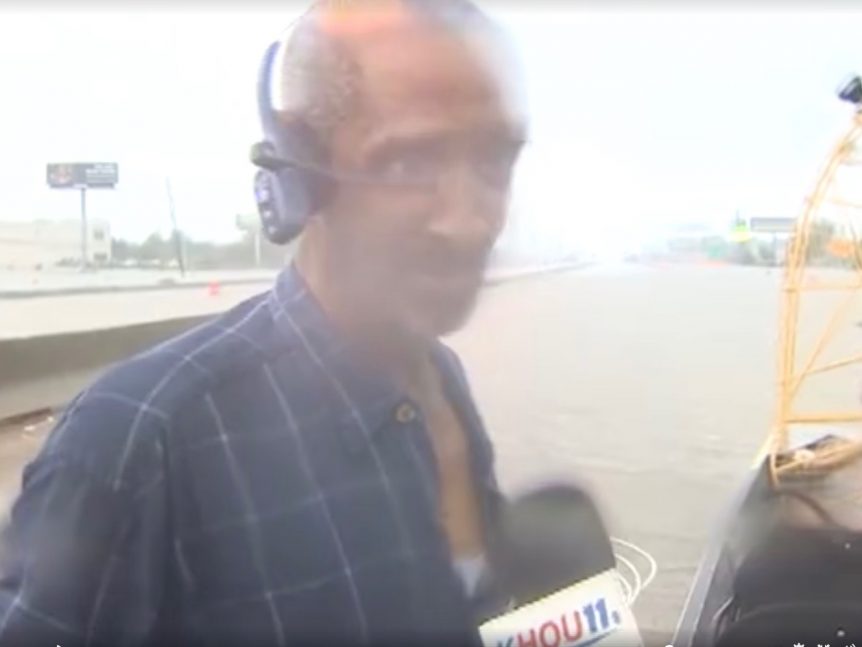 While KHOU employees were being evacuated, reporter Brandi Smith and her photographer stayed on the air until their battery died. When it did, they changed batteries and tried to get back on air but couldn’t because the signal was down.

“As many of you know, KHOU 11 News was evacuated due to flooding. That meant my photographer Mario and I were the only ones left on air for … well … I don’t even know how long,” she said in a Facebook post that now has over 1.2 million views.

Smith was broadcasting the rescue of a semi truck and its driver in Houston but the signal cut out for viewers before the rescue was made. They rolled on the rescue though and later uploaded it to Facebook so viewers could see the driver made it out safe.

“I’ve had SO many people asking if he made it out OK and I wanted to share the video. (We kept going and rolling until the camera’s battery died, not knowing we’d been knocked off the air.) They pull him out around the 4:40 mark. THANK GOD for that crew.”

TVSpy spoke to Smith this morning who she is focused on getting some rest and getting back on air before another wave comes through this afternoon.