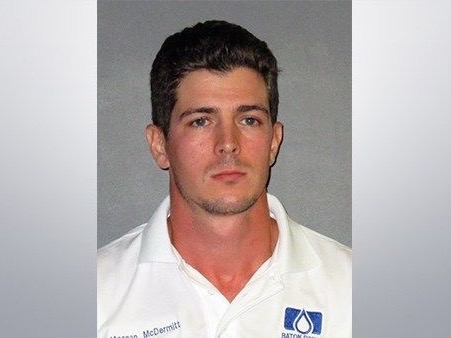 A former WAFB employee in Baton Rouge has been arrested for recording female station employees while using the bathroom.

According to a story on the CBS affiliate’s website, Morgan McDermitt was charged with two counts of video voyeurism.

The 27 year old worked at the station in the production department before resigning earlier this year.  This past week he returned to the station. While a station employee was using the restroom she discovered a jacket with a cell phone recording video, the station says.

After police arrested him, McDermitt confessed to recording two females employees.  The other incident happened earlier this month.

Video voyeurism is a felony.