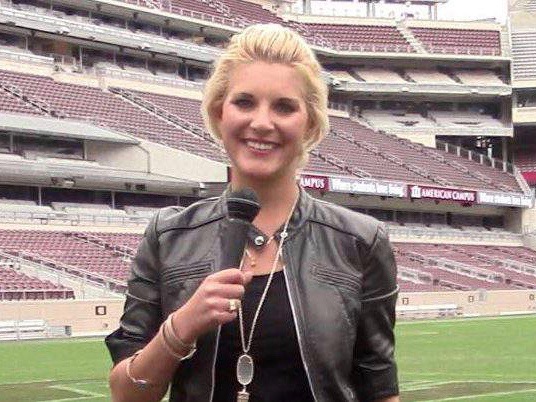 She was the subject of a search that started Sunday evening.

The Texas A&M reporter was apparently disoriented when she was picked up by police because of the reaction to her medication, which caused her to become confused and disoriented.

Prior to being found, police say she had interacted with an off duty officer and other civilians.

KPRC reporter Sofia Ojeda posted a video of Roland in the ambulance after she was picked up near the Galleria Mall in Houston. Her car, phone and other personal belongings were located in a parking lot nearby.

Her roommate first alerted police when she received a text from Roland saying a man was following her after leaving a football practice then never showed up to a meeting.

Video of Courtney Roland inside ambulance shortly after she was found in Galleria. More on the investigation on @KPRC2 at 11 am. #CourtneyRoland #findCourtneyRoland #courtneyinhouston #hounews pic.twitter.com/tuT0Ib1aEv