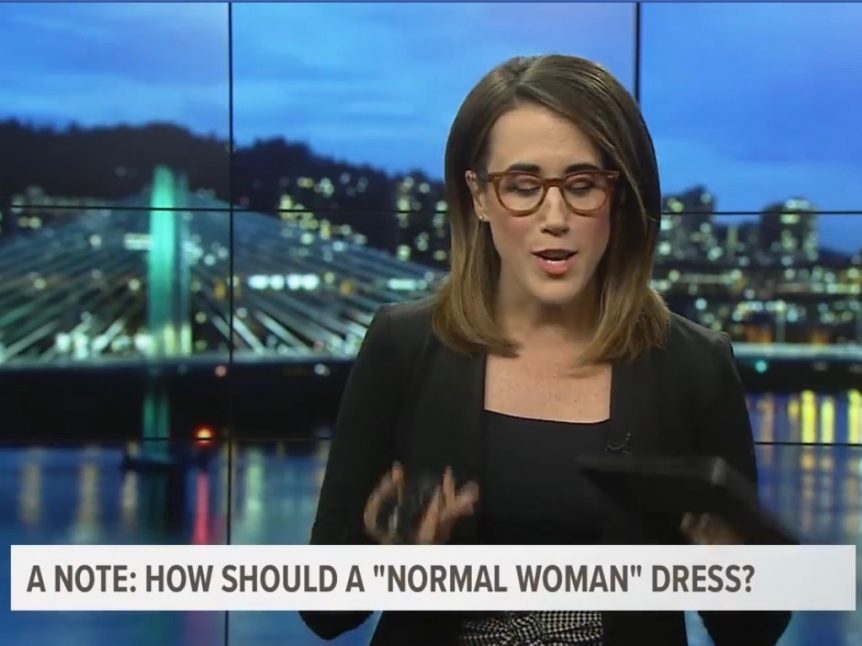 This is not a story about the Sisterhood of the Traveling Pants, but rather a story about high-waisted pants and an anchor in Portland, Ore., who took a stand for them.

KGW anchor Maggie Vespa got a message over the weekend from a viewer who did not like her outfit. In fact, he said she should dress more normal.

In a monologue on the air, the anchor told the viewer, whose name is Jeffrey, what she really thought.

“These are my pants. I like them, I bought them,” she said.

Next, she addressed the comments she received on social media in support of her pants, especially from those women who are in the public eye and feel pressure “to embody the epitome of physical attractiveness at all times.”

Her pro-pants rant got national attention and was picked up by the Washington Post. You can watch it below.