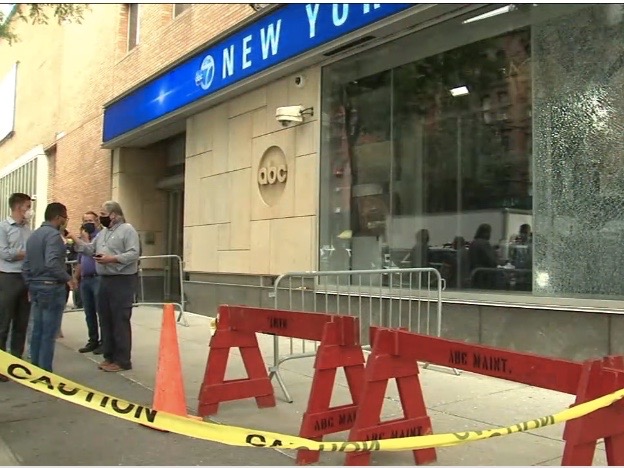 Police say if caught, the suspect will be charged with criminal mischief.

Earlier on Wednesday, a man accosted WPIX reporter Kirstin Cole and her photographer, breaking one of their lights during a morning shot.

ALERT 🚨THE @NYPD20Pct DETECTIVE SQUAD IS SEEKING INFORMATION REGARDING THE ABOVE SUSPECT FOR CRIMINAL MISCHIEF ON 09/09/2020, THE SUSPECT DID THROW TWO ROCKS BREAKING 2 PANELS OF GLASS AT WABC STUDIOS ON W.66TH STREET. CALL @NYPDDetectives 212-580-6414 CALLS ARE CONFIDENTIAL pic.twitter.com/N6EhhsGhEk