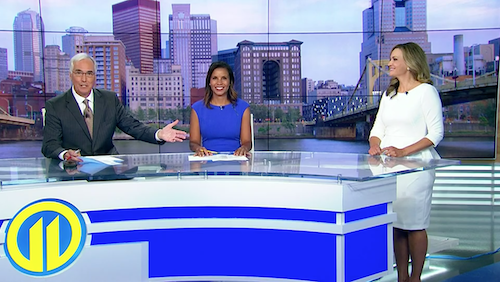 The newscast will be anchored by longtime area journalist Susan Koeppen, who was laid off last year from Pittsburgh CBS affiliate KDKA along with co-anchor Rick Dayton.

“We have a great team of experienced, dedicated journalists in our newsroom, so adding someone of Susan’s caliber will only make us better,” said news director Scott Trabandt. “Her passion for telling stories and her love for Western Pennsylvania is immediately evident. There’s no question why she has been so successful in this market to this point and we’re excited for her to join the Channel 11 team.”

The newscast will feature live breaking news, local news and local weather reporting. Koeppen, who appeared on the channel to introduce herself and share more about the new program, said that she was excited to get started.

“This is a great opportunity with a great team of people and I could not be more thrilled to help launch the new 4 p.m. newscast at WPXI,” Koeppen said. “It’s a perfect partnership and I jumped at the chance to be part of this new venture.”

The 4 p.m. news show will help fill the gap left by the end of Judge Judy, the long-running syndicated hit that wrapped its 25-year run last month.

“With Judge Judy ending the production of new shows, and the strong appetite for local news in Pittsburgh, it was a natural choice to launch a 4 p.m. newscast,” said WPXI vice president and general manager Kevin Hayes.