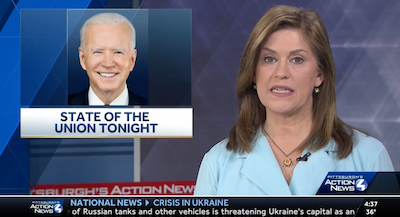 Early morning viewers of Pittsburgh ABC affiliate WTAE might be forgiven if they thought the station was saying the 46th President of the United States was possibly a sexual predator.

On yesterday’s 4:30 a.m. newscast, the station accidentally used a picture of President Joe Biden for an over-the-shoulder graphic on a story about a 71-year-old man being accused of inappropriately touching a 12-year-old girl.

The station quickly realized the error and dropped the graphic.

Someone who happened to be the vice chair and national committee member for the Nevada Young Republicans saw it somehow and tweeted about it, wondering if it really happened. We saw the story on FTVLive first and then used TVEyes, to check it out. It really happened.