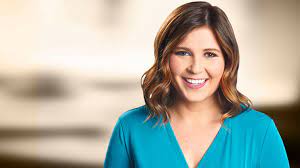 Ford last worked at Pittsburgh CBS-owned station KDKA. According to her LinkedIn page, she interned at WPXI in 2014.

She came to KDKA in 2019 after working at WSPA in Spartanburg, S.C. and WCTI in New Bern, N.C., before that.

The Pittsburgh Tribune-Review, which first reported the news, said Ford declined to comment about the new job.