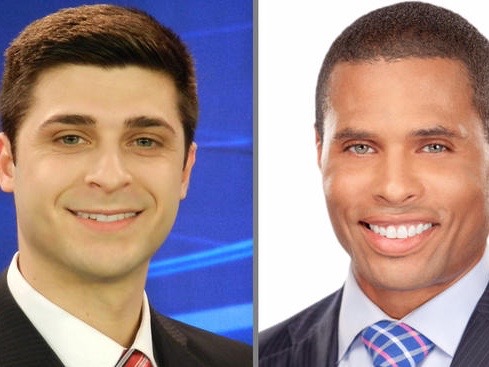 WCAU has made two hometown hires.

“NBC10 is committed to providing the most extensive, local news coverage throughout our 18 county region,” said Anzio Williams, vice president of news for NBC10 and Telemundo62. “We’re excited that viewers will benefit from Steven and Aaron’s award-winning reporting and unique perspective as they return home to serve the communities in which they grew up.”

Fisher, a two time Emmy winner, will cover the Leigh Valley and start July 3.  He was born and raised in Montgomery Valley and comes from WPXI in Pittsburgh.

Baskerville comes to NBC10 from WXYZ in Detroit where he was a reporter-anchor.  He previously worked at stations in Michigan, Illinois and New York.  He starts August 14.