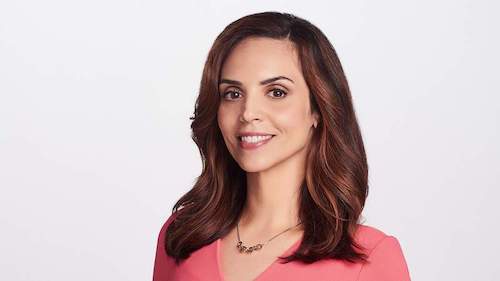 Stephania Jimenez has joined San Antonio ABC affiliate KSAT as an anchor on the 10 p.m. newscast.

Jimenez comes from WCAU in Philadelphia, where she was a weekend morning anchor. She will join Steve Spriester, Adam Caskey and Greg Simmons on air at the beginning in mid-October.

“I’m really excited to make San Antonio my home,” Jimenez said in a statement. “I couldn’t be prouder to join the strong team on KSAT12′s Nightbeat and I look forward to meeting our viewers very soon! I want to be very involved in the community as I really love volunteering for causes that involve children. I’ve covered stories ranging from the Sandy Hook shooting and Hurricane Harvey to the recent devastating floods brought on by Ida. I enjoy covering breaking news stories and making new friends. I have a passion for cooking, home decorating, exercising and reading.”

KSAT news director Bernice Kearney said she has followed Jimenez’s career since the two met at a National Association of Hispanic Journalists conference years ago.

“We’re thrilled to have her return to South Texas to helm our flagship newscast—The Nightbeat,” said Kearney.