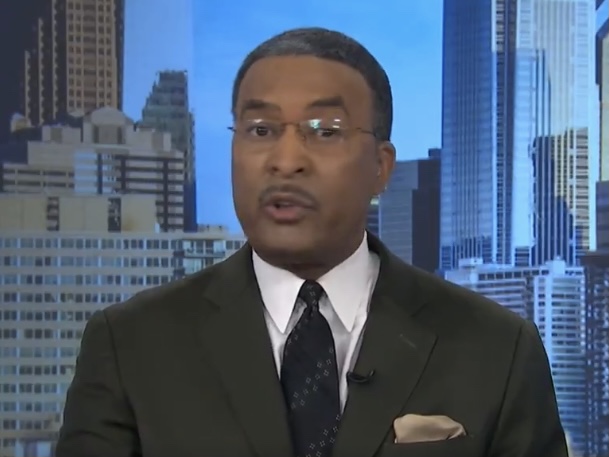 Ukee Washington, the longtime evening anchor and reporter at KYW in Philadelphia, has spoken out after a Los Angeles Times investigation reported that he was on the receiving end of alleged racial disparagement from top CBS Television Station executives.

In an emotional address to his viewers Tuesday following a report on the allegations, Washington thanked viewers and colleagues for their support.

“I’m good, keeping the faith, staying strong, and I want all of you to do the same,” Washington said at the top of his address. “I feel your love and we all feel the pain of this subject matter.”

According to the Times, CBS Television Stations president Peter Dunn, who was placed on administrative leave, allegedly referred to Washington, who is Black, as “the jive guy.”

Washington was promoted to the anchor chair after former general manager Brian Kennedy came to the station in 2015. Kennedy spoke on the record with the Times about Dunn’s alleged behavior.

The anchor said that there was strength in numbers. “We all have the power to create change, and we can do it together,” he said.

And he finished his emotional address with this: “Deep in my heart I believe we shall overcome. We must.”

You can watch Washington’s full message to viewers below.

CBS3’s @UkeeWashington gets emotional while thanking viewers and co-workers for all their support. “I do believe we shall overcome. We must.” #FAMILY #WeStandWithUkee https://t.co/oUKOlQqvQ9 pic.twitter.com/yWTWRqvRq9