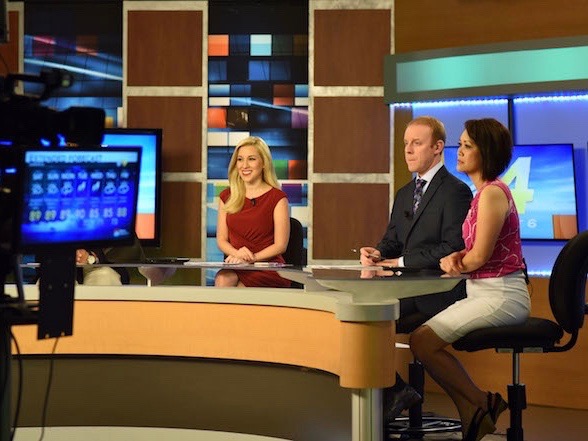 Virtual anchors might be the way of local news, if a company based in Little Rock keeps doing what it’s doing.

The Arkansas Business Journal profiled anchor, Anne Imanuel, who is the face of newscasts in five cities from one studio in West Little Rock.

“She anchors newscasts for all those markets from west Little Rock, playing her part in a technology-driven shift that is upending the business model for small-market TV stations,” said the article.

The set is located in a 31,000 square foot media center in West Little Rock and it’s the home of Media Gateway LLC, the pioneer of remote media operations.

“Every 30 to 60 minutes I’m anchoring in a different city,” Imanuel told Arkansas Business. “I need to constantly stay updated on the issues that matter to those communities.”

According to the article, this model is a money saver for stations and technology makes it easier to implement this model in stations across the country.

Under the day-to-day leadership of Managing Partner Jeff Lyle and the watchful eye of New York investor Matthew Davidge, a British-born client of Lyle’s who was impressed enough to buy in, Media Gate-way has become “the back room” to dozens of TV stations.

“We take signals off satellites, line up the programming with local commercials, programs and newscasts, and ship it right to the stations’ broadcast transmitters, cable outlets and Dish and DirecTV, all by IP,” Lyle said. “We also have the people and equipment to let stations outsource their newscasts, and do them better than they could have done on their own.”

Hubbing, as the centralized approach is known, is a future that has already arrived, Davidge told Arkansas Business.

“In 10 years, all of the small-market stations will be doing it that way,” he said. “The large-market stations may beat their chests and say look at how many anchors and rooms of computers we have.” But for smaller markets grappling with shrinking margins as viewers turn away from traditional TV habits, “this makes a great deal of business sense.”

You can check out the full story in the Arkansas Business Journal here.