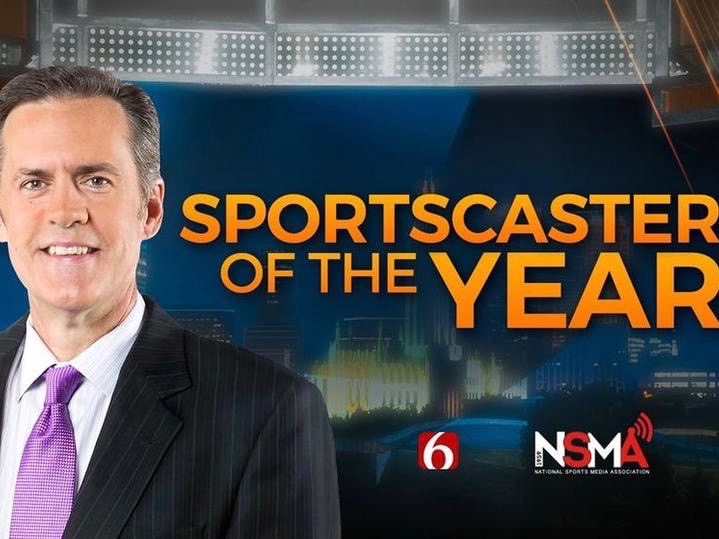 It’s the fourth time KOTV sports director John Holcomb has been honored with being named the 2019 Oklahoma Sportcaster of the Year by National Sports Media Association.

“John is very deserving of this award,” said Chuck Maulden, director of content. “No one in Tulsa covers sports better than John Holcomb. He represents the values that everyone at Griffin Communications embodies – embracing the local community with the best and most relevant content in our state. Local ownership means award-worthy people and content.”

According to a release, “this award is given to sportscasters rooted in Oklahoma that have demonstrated outstanding reporting and analysis. Holcomb has previously been named Oklahoma Sportscaster of the Year in 2001, 2002 and 2011. “

Holcomb is an institution in Tulsa. He began his career at KOTV in 1995 and has been on Tulsa television for two decades. Holcomb has also been the radio color analyst for the OSU football team for 15 seasons.

“I’m humbled to have been given this award,” Holcomb said. “It has been a privilege serving the Tulsa community while doing what I love. I want to thank Griffin Communications for allowing and enabling me and my fellow anchors and reporters to cover the news and sports that’s most important to our communities.”

The recognized anchor does the weekday sportscasts at 6 and 10 p.m. He also co-hosts a show called Oklahoma Sports Blitz and Friday Football Blitz.