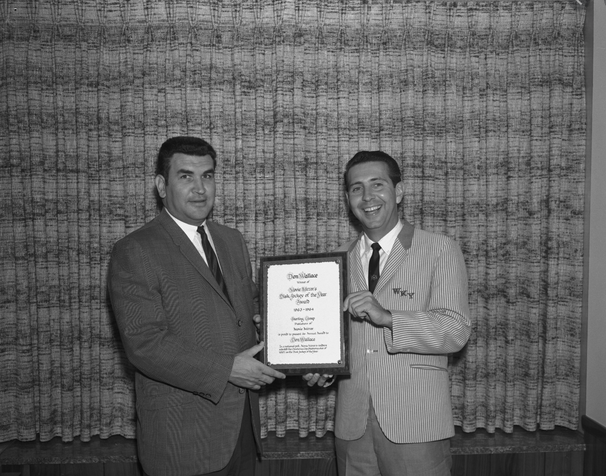 Oklahoma broadcast legend Don Wallace, who brought hunting and fishing to TV for decades, died last week in Oklahoma City. He was 90.

Wallace was a broadcast pioneer. The Pittsburg, Kan. native first broke into radio in 1949 as a radio announcer and disc jockey, beginning at KWON in Bartlesville, Okla., and making stops at other Oklahoma stations before joining WKY Radio in Oklahoma City in 1958.

After years of pleading with WKY TV, the first TV station in the city, in 1965 he got approval for a 15-minute segment idea: an outdoor hunting and fishing television segment in which Wallace could share his love of nature and the great outdoors with viewers.

The resulting segment, the Wallace Wildlife Show, was the only wildlife show in Oklahoma City and one of only a few nationwide. It became a resounding success, expanding into longer segments, and led to a long career at the station, which was later renamed KFOR.

The show ended in 1988 after 23 years on air, but ended up in syndication in five states, with reruns of the series airing for nearly two more decades. Wallace was inducted into the Oklahoma Association of Broadcasters Hall of Fame in 2005.

Wallace hung up his broadcaster’s hat in 1989 from the station but continued traveling with his wife, Pat Wallace, on regular fishing trips for many more years.

“Not all of us can say they were able to make a living doing what they love,” Wallace said in an interview last year with the Piedmont-Surrey Gazette. “I’m one of the lucky ones, I guess.”

Watch KFOR anchor Kevin Ogle take a look back at Wallace’s career and accomplishments in a segment below.